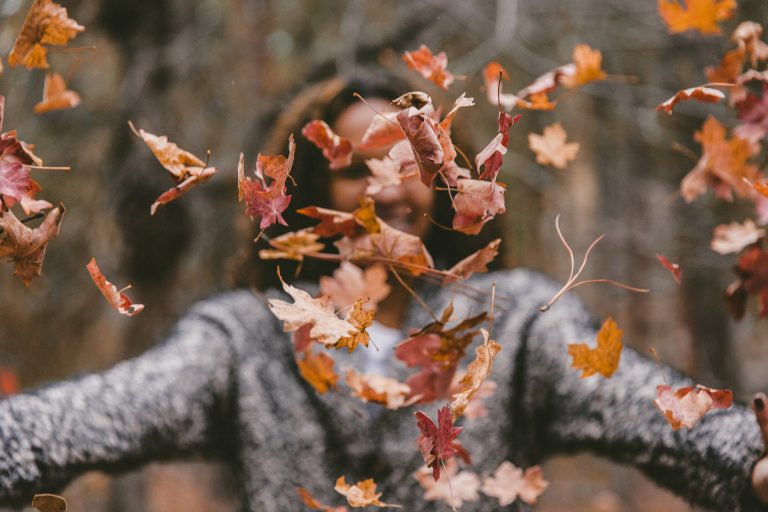 Molds are microorganisms invisible to the human eye, but their accumulation in the form of colonies makes them visible as moisture stains on walls or in the moldy appearance in colonized food.

Molds alone does not induce allergy symptoms, they require spores to reach the mucous membranes of allergic patients. Spores are the reproductive particles of molds, but due to their small size they can travel through the atmosphere until they are deposited in the airway. It is for this reason that patients with mold allergy worsen storm days since it is the wind currents that facilitate the movement of spores in the atmosphere.

There are several factors that condition the growth of molds such as humidity, temperature, nutrients, light, oxygenation, geography, etc. Humidity, which is the amount of water present in the air, is the main factor for the development of molds. It is estimated that from 70% humidity an environment conducive to the growth of molds is created. Due to the close relationship between molds and moisture, sometimes both terms are mixed generating confusion. 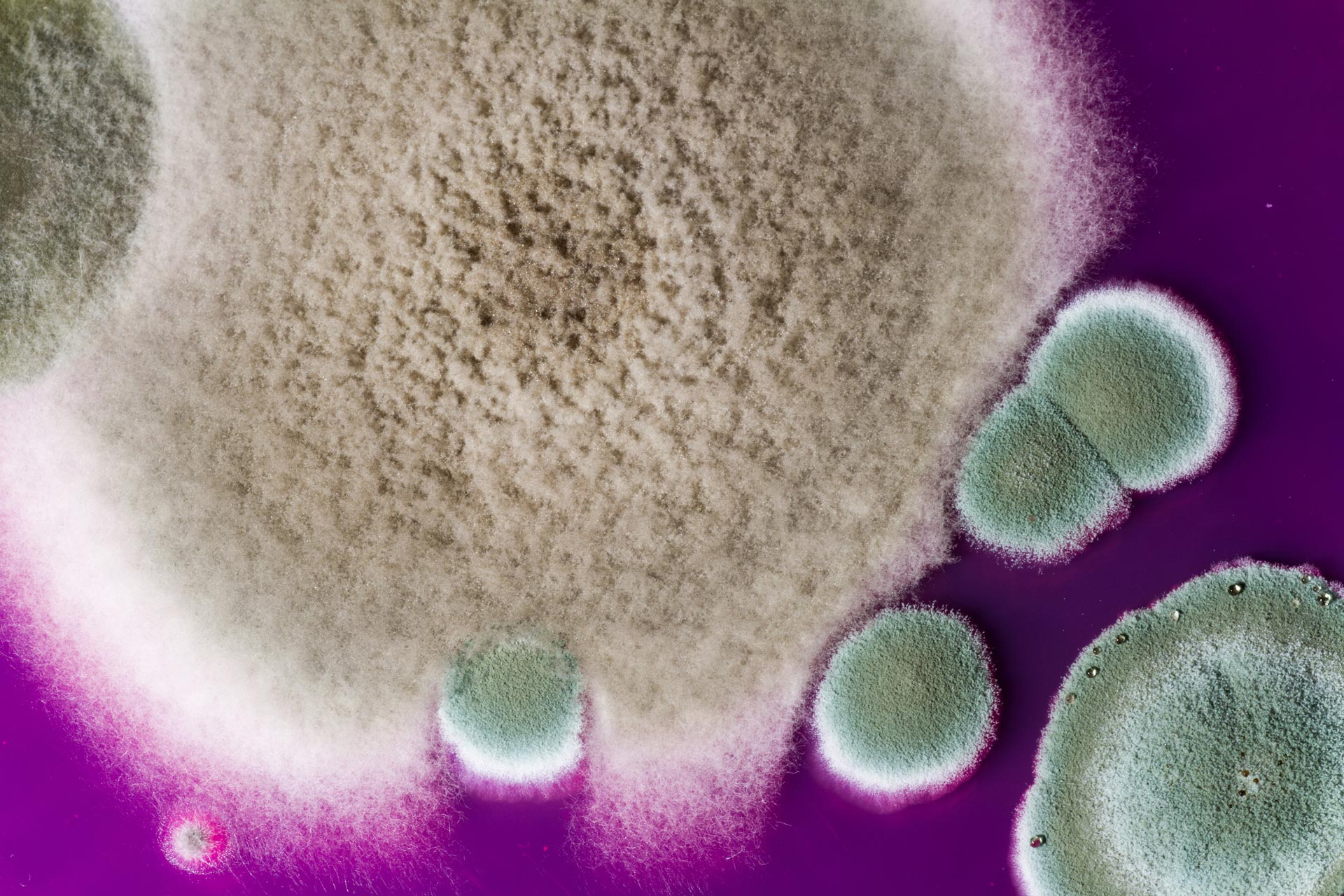 Therefore, humidity or what is the same, the water of the environment does not produce allergy symptoms, it is the molds and specifically the spores of these that are responsible for the allergic disease.

Temperature is also important for mold growth. In general, they prefer warm temperatures, which is why molds develop best in spring though autumn. Rain influences spore concentrations, this is because the vibration generated by the impact of the drops on colonized surfaces releases spores. Warm temperatures and rain are two elements very present in late summer and early autumn. In these months is when the largest number of spores in the atmosphere is recorded.

Molds get their nutrients from any organic compound, mainly those of plant origin. The main sources of spores that are released into the atmosphere come from decaying leaves, grass fields, hay  and grain storage.

What molds cause allergic diseases?

Among the molds that are most frequently associated with allergic diseases are Alternaria,  Cladosporium,  Penicilium,  Aspergillus  and  Candida species.

Alternaria is a very ubiquitous and universally distributed mold. It is also one of the molds with the greatest capacity to induce allergy symptoms. Patients allergic to  Alternaria  are at increased risk of asthma, severe asthma, and even fatal asthma. It has been observed that exposure to this mold is closely related to an increase in visits to emergency services for asthma, especially in the pediatric population.  Alternaria spores can be found practically all year round, with maximum exposures in hot months. In Catalonia the highest concentration of spores is detected in the months of April to November.

Aspergillus is the second most important mold to produce allergy symptoms after  Alternaria.  It is also very distributed and its presence is almost constant in the atmosphere. It has great  resistance to extreme temperatures, being able to develop at temperatures between 12 to 52ºC (being the optimal 40ºC). It even resists pasteurization.

Cladosporium is not as aggressive as  Alternaria  or  Aspergillus. There is not always direct relationship between spore counts and the presence of symptoms. The concentration of spores in indoor environments is a reflection of their high presence outside. Together with  Alternaria  they are the most responsible for allergy symptoms at home. It is the dominant species in dry inland Spain, although to a lesser extent than in the Mediterranean area. 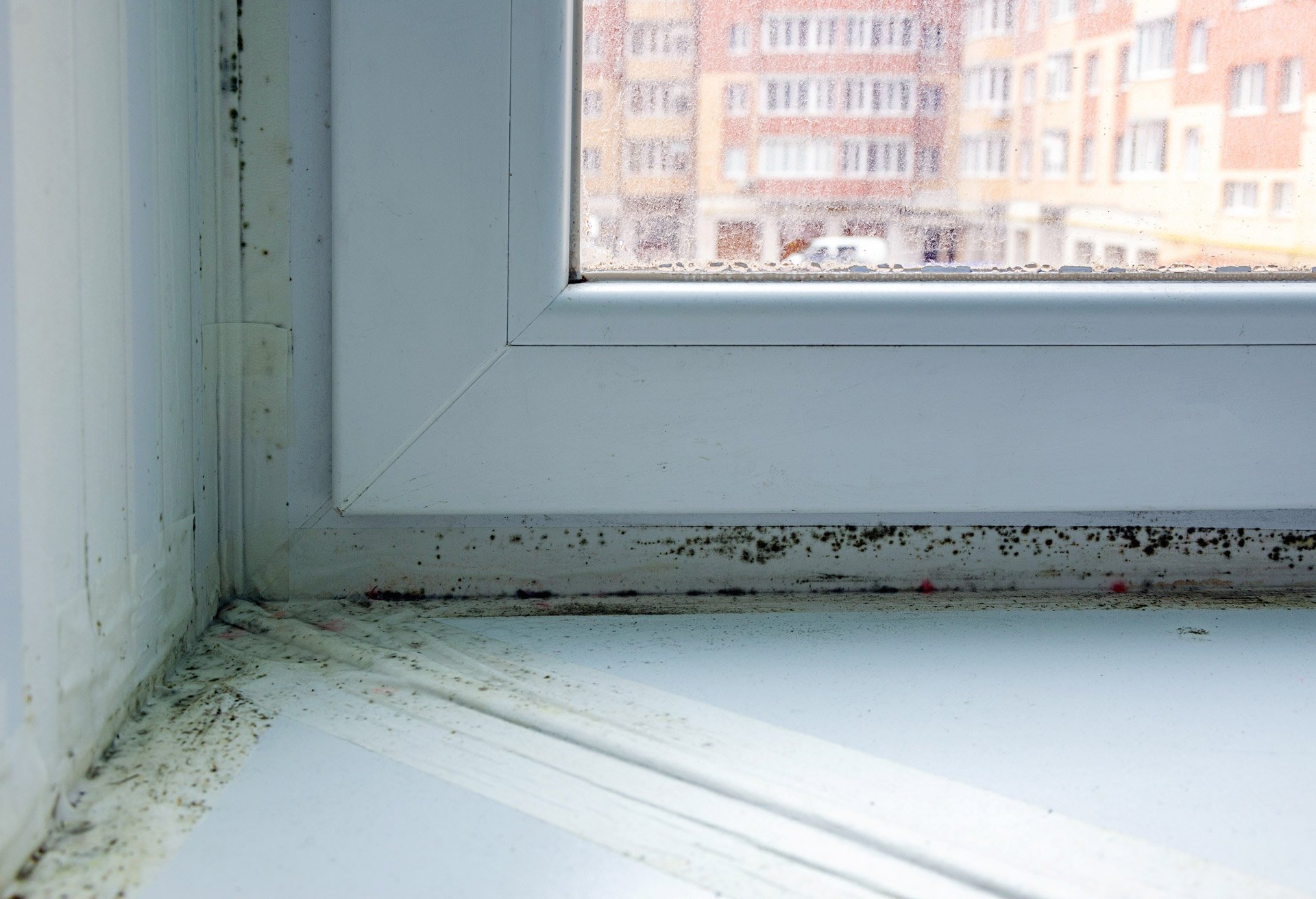 Penicilium is widely distributed and its function is to contribute to the decomposition of organic matter. It predominates in temperate climates, forests, meadows and on the surface of crops. Seasonal variations do not seem to influence spore count, but spore peaks usually occur in spring and autumn months, especially in urban areas. Its growth temperature is 23ºC.

Due to the abundant amount of nutrients, environmental factors, ideal temperatures and ease of condensation, molds usually predominate in outdoor environments. Although mold spores can be found inside the house most of the spores come from the outside.

In enclosed spaces the factors that contribute the most to growth of molds are humidity, lack of ventilation and darkness. Humidity above 65% facilitates the growth of molds inside homes. In winter, warm air condenses on cooler surfaces, producing moist areas. On the contrary, in summer, poorly ventilated basements without direct sunlight are relatively cool compared to the outside air thus facilitating condensation.

The condensation of water inside the houses facilitates the growth of molds, which is why it is very common to find them in areas where the wall-ceiling and the floor meet, in the corners of the rooms, areas near the windows where cold air circulates, in airtight windows with rubber bands and behind the furniture. Other sites where molds can grow inside homes are wet textile materials, wood, stored food, and drainage pipes. 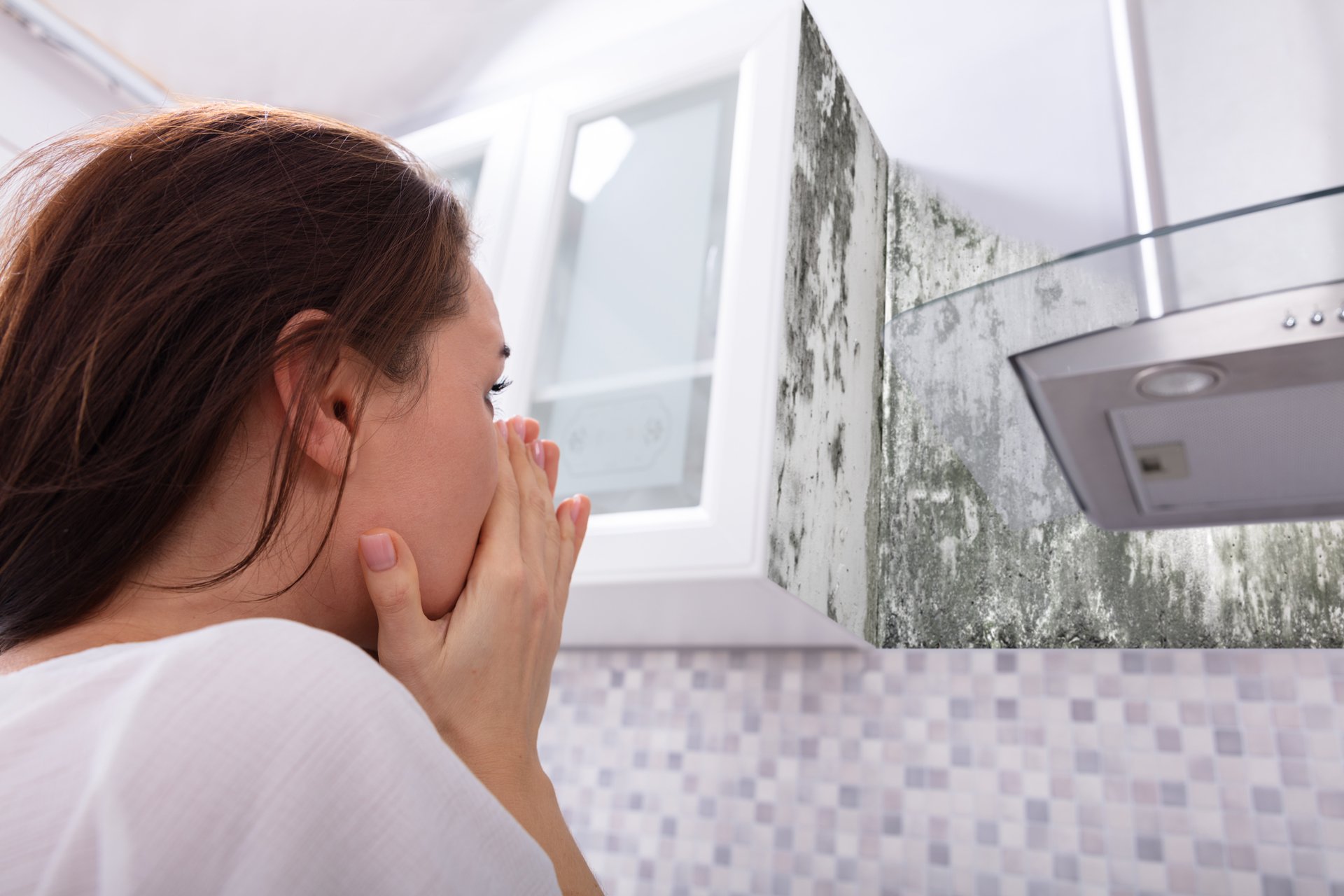 The spores are usually found as part of the household dust present in carpets, bedding, furniture or wallpaper. In low humidity conditions the spores do not have the ability to induce allergy symptoms, this is because the spore load is very low in the air. If humidity increases the number of spores, it also increases the presence of spores in the environment, thus generating symptoms in those allergic patients.

The most frequent places where we can find mold spores in indoor environments are second homes (closed for much of the year), basements, storage rooms with humidity, poorly ventilated bathrooms or in houses with wallpaper on their walls.

While outside the presence of spores and therefore the involvement of allergic patients is greater from spring to autumn, spores inside homes can cause symptoms throughout the year. It is considered that the amount of spores inside homes is directly related to the severity of symptoms regardless of the season of the year. Studies have also shown that the simple observation of damp spots or musty smell is related to symptoms of rhinitis and asthma.

Although molds are microscopic and can only be observed when they form colonies, it is possible to identify the species according to certain characteristics they present on the surface they colonize. Alternaria  can be identified as black spots on diseased or dead plants. Penicilium  is visible as bluish-green colonies on stale bread or decaying citrus fruits.

How to avoid molds?

It is impossible to completely eliminate spores from home, but there are simple measures that can help lower their levels such as ventilating rooms, reduce humidity and increase sun exposure. It is preferable to use outside air to ventilate homes. The outside air equalizes the temperature between the house and the external environment avoiding the formation of condensations. The use of air conditioning reduces humidity substantially, as well as dehumidifiers, but these must be cleaned frequently to prevent the growth of molds inside. Sun exposure also reduces the formation of colonies as it dries out surfaces making it difficult for molds to survive. In very humid houses it is recommended to use air extractors when cooking, avoid the placement of carpets  and ventilate the bathrooms properly. 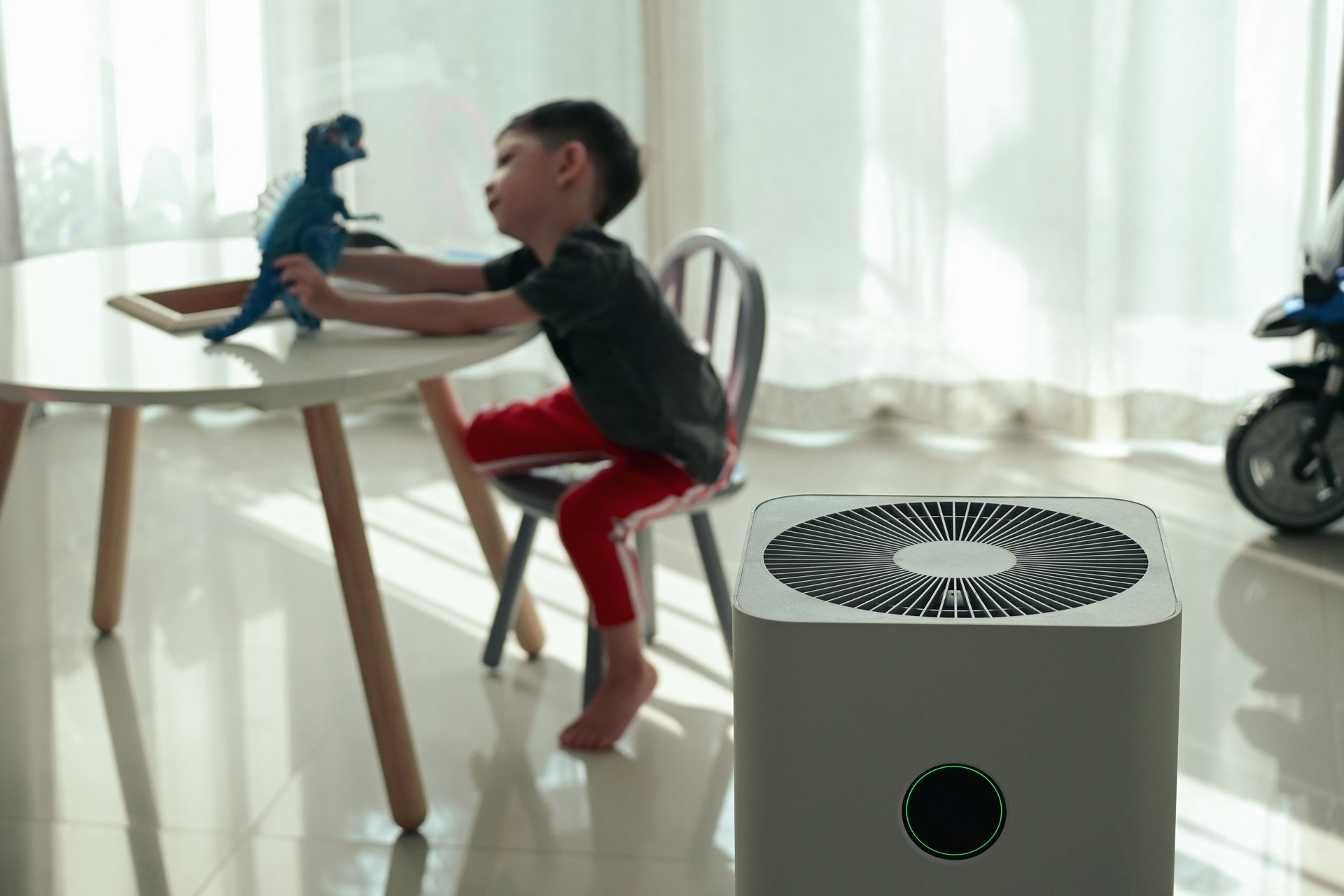 If, despite all the preventive measures, moisture stains are detected, they have to be cleaned and the source of moisture removed. For this purpose you can use water and detergents followed by thorough drying. Bleach removes molds effectively. Alcohol can also be used to eliminate colonies.

Which patients are allergic to molds?

It is estimated that up to 10% of the general population has positive tests for molds and of these, about half will develop respiratory allergy.   The pediatric population and young adults appear to be the most frequently exhibited these positive tests. Some studies have shown that children who live in damp homes have an increased risk of developing respiratory allergies, especially asthma. In allergic patients to molds with asthma  this is usually more severe compared to those with allergy to other allergens (pollens, mites, etc.).

It has also been observed that climate change influences patients with mold allergy. There are studies that have shown a strong association between emergency room visits for asthma attacks due to the increase in mold spores triggered by thunderstorms. Other publications correlate the high concentrations of  Alternaria  and  Cladosporium spores found on stormy days with the rate of admission to the emergency room for asthma. The mechanism by which storms increase exposure to spores is the strength of wind, electric discharges and rain, all contributing to the fragmentation of spores thus facilitating the release of their allergens and their atmospheric transport. 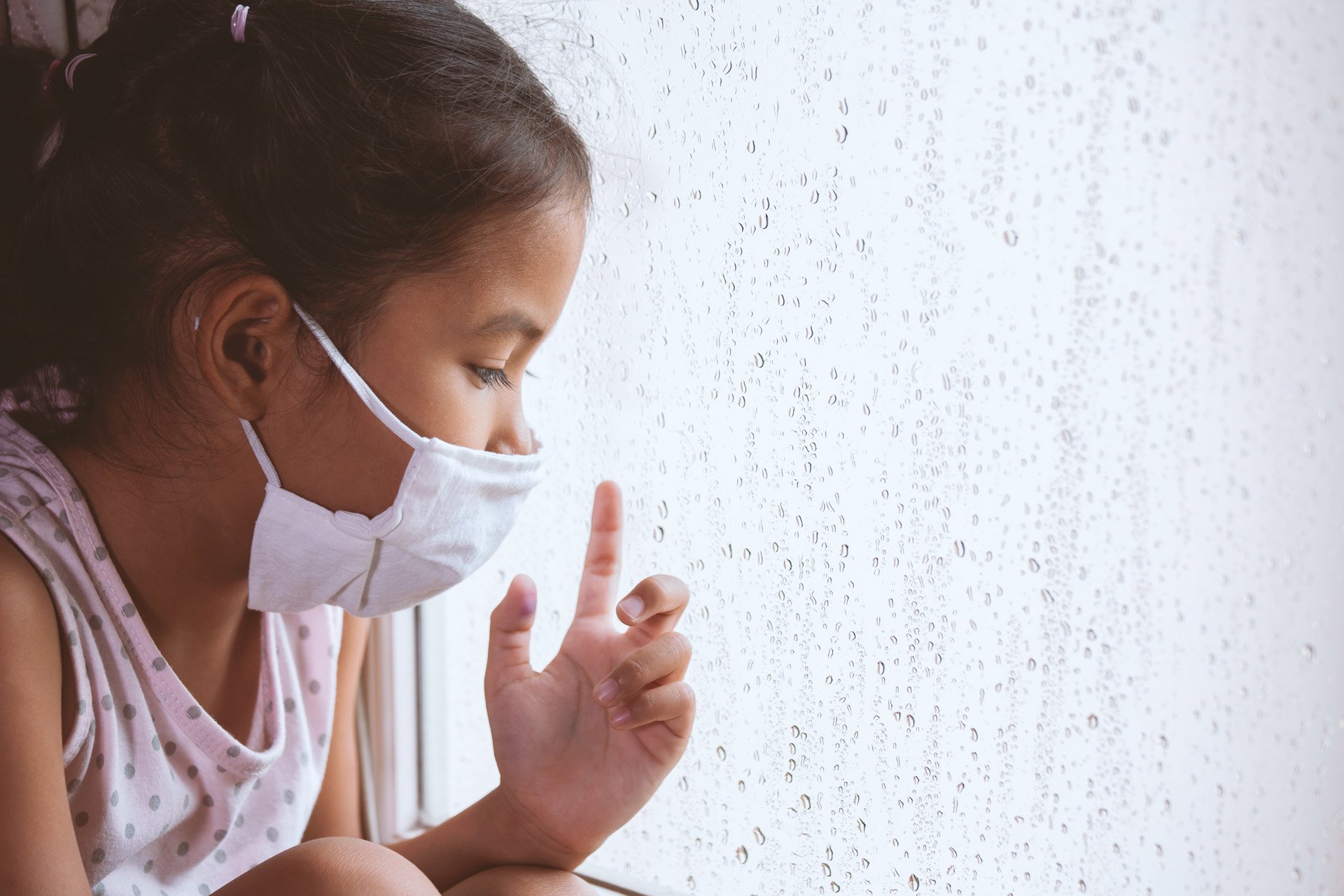 Allergy Specialist. Dr. de la Roca regularly participates in clinical sessions, allergy forums, as well as at conferences on topics such as “the diagnosis and management of the patient with respiratory allergy from mites”, “mite immunotherapy”, and in “allergy to hymenoptera venom”. 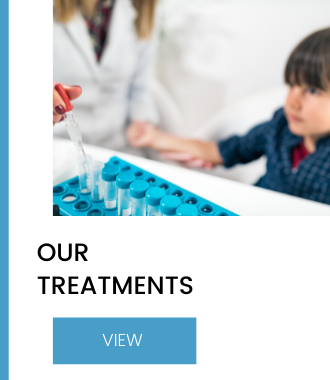 Login to ClinicAL Barcelona - Clínica de alergología en Barcelona
Reset Password
Enter the username or e-mail you used in your profile. A password reset link will be sent to you by email.